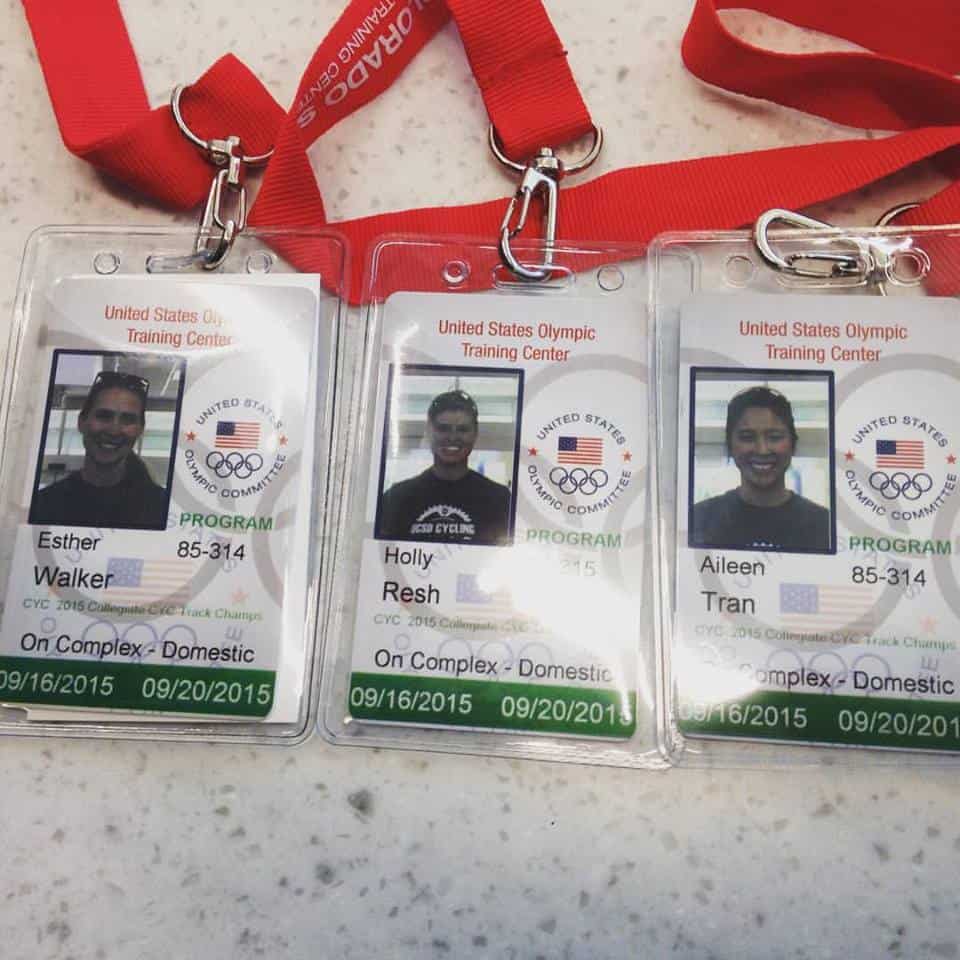 Competition consisted of three days of races, which ranged in distance from 200m to 30km. For those unfamiliar with track cycling, racers ride around a 333m banked concrete track called a Velodrome. There are a variety of race formats, each of which might play to a different set of skills. Match sprints pit two racers against each other in short, fast races. Racers face each other one-on-one, tournament style, until a winner is found. The individual pursuit is similar but racers start on opposite sides of the track to “pursue” each other, with final results determined by time. In the time trial each racer has the track to themselves in a race against the clock. The scratch race is a traditional mass-start race of 4 to 6 km – the first rider across the finish line is the winner. The points race is longer and more tactical – placing 1st, 2nd or 3rd in certain laps earns the rider more points, and points are tallied after the race to determine the winner. There are team events as well – the team pursuit puts three to four teammates on the track to work together and earn the fastest time. The team sprint is similar, but each lap the team’s leading rider drops out to leave the final rider to sprint a solo lap as hard as they can. 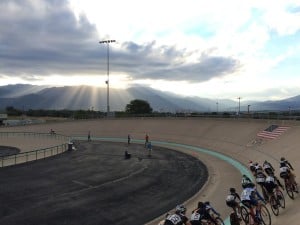 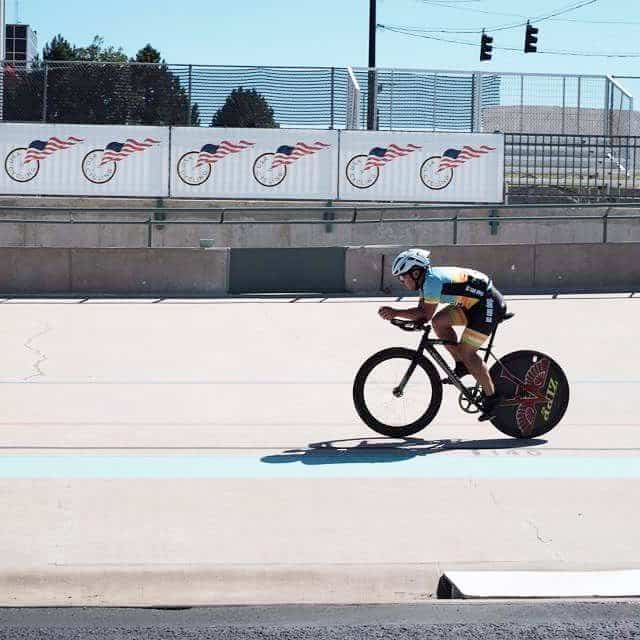 Mas competes in the Individual Pursuit 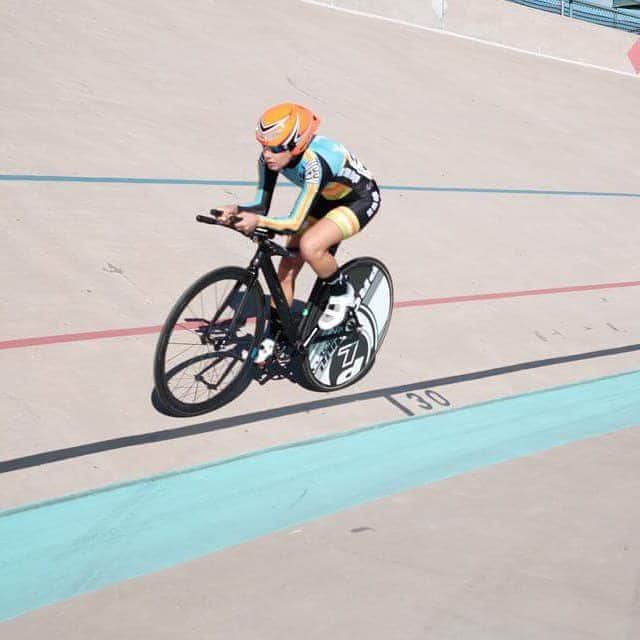 Lily competes in the individual pursuit 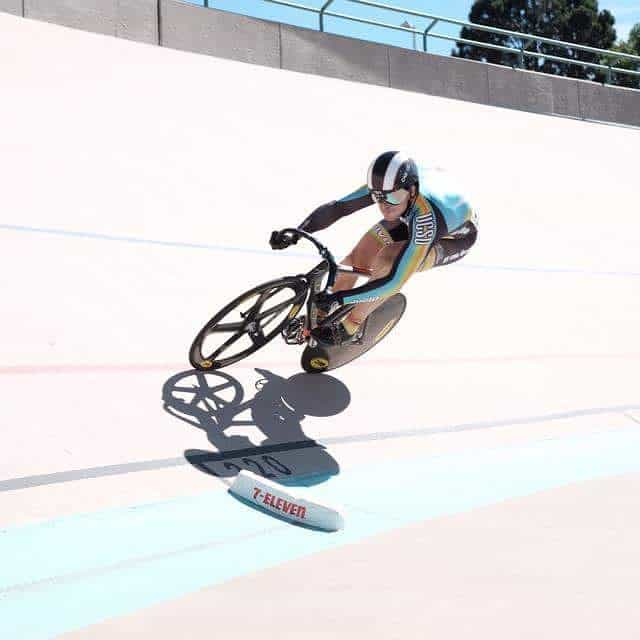 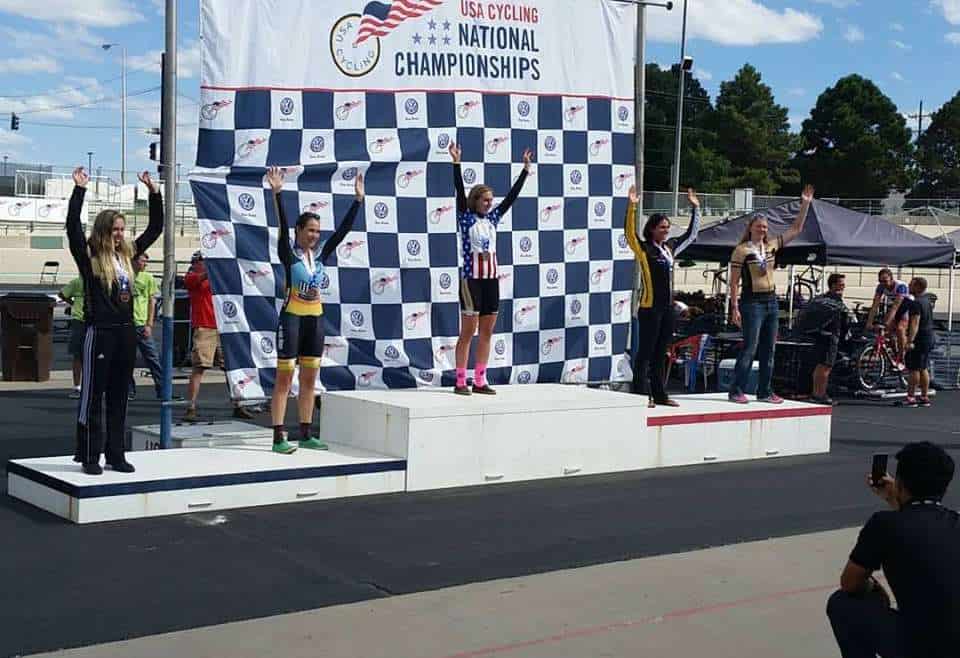 Esther on the podium for the Individual Pursuit 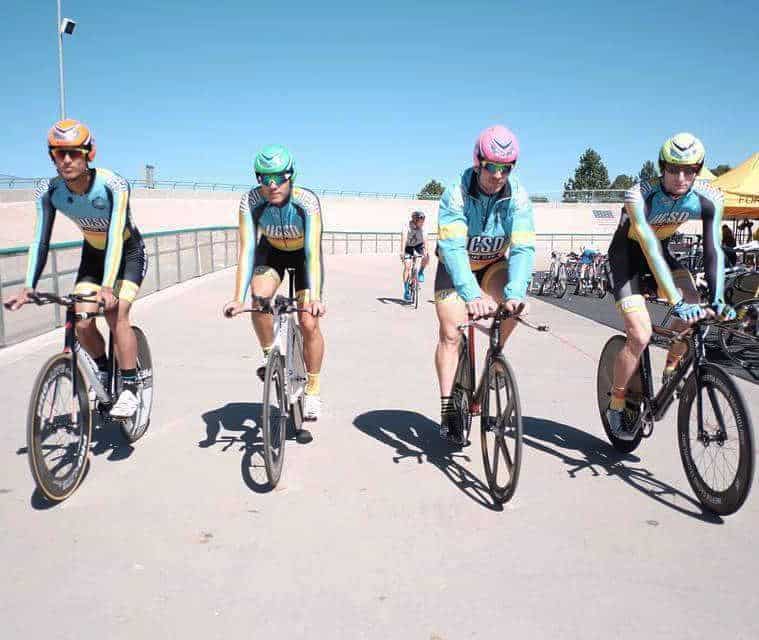 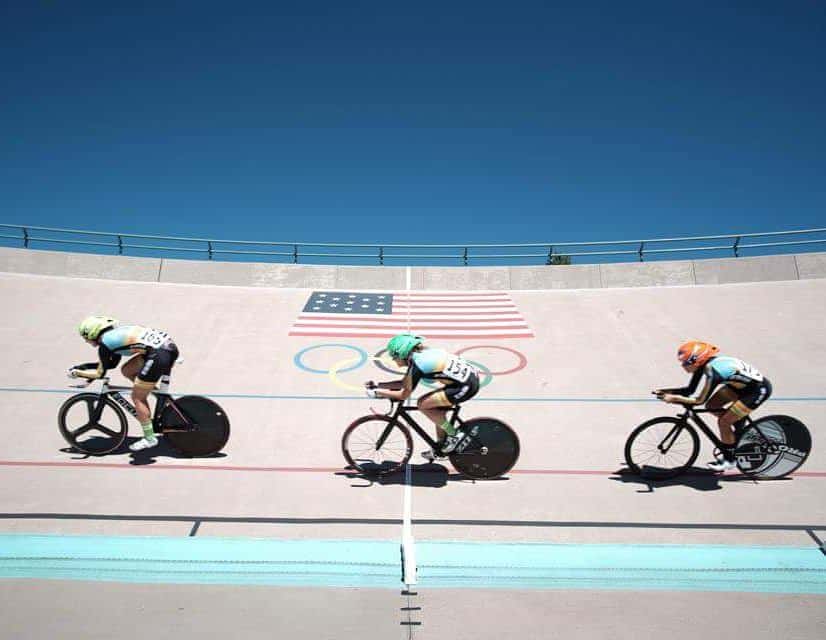 The women’s pursuit team in action

UCSD put up some great results, earning top-ten spots in the women’s individual pursuit, men’s match sprint, men’s 1000m TT, women’s scratch race, men’s scratch race, women’s team pursuit, men’s team pursuit, and co-ed team sprint. Both Esther Walker and Eric Geier earned 6th place in the overall individual omnium, and UCSD as a team placed 7th overall. UCSD showed they have what it takes to compete with the top schools in the country, and more importantly, have a ton of fun doing it. 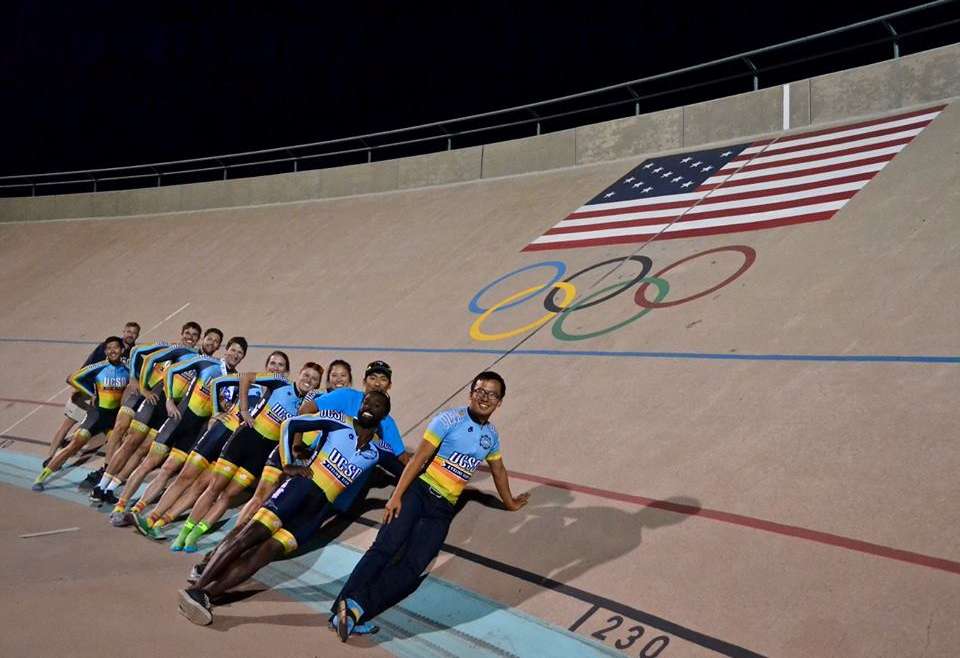 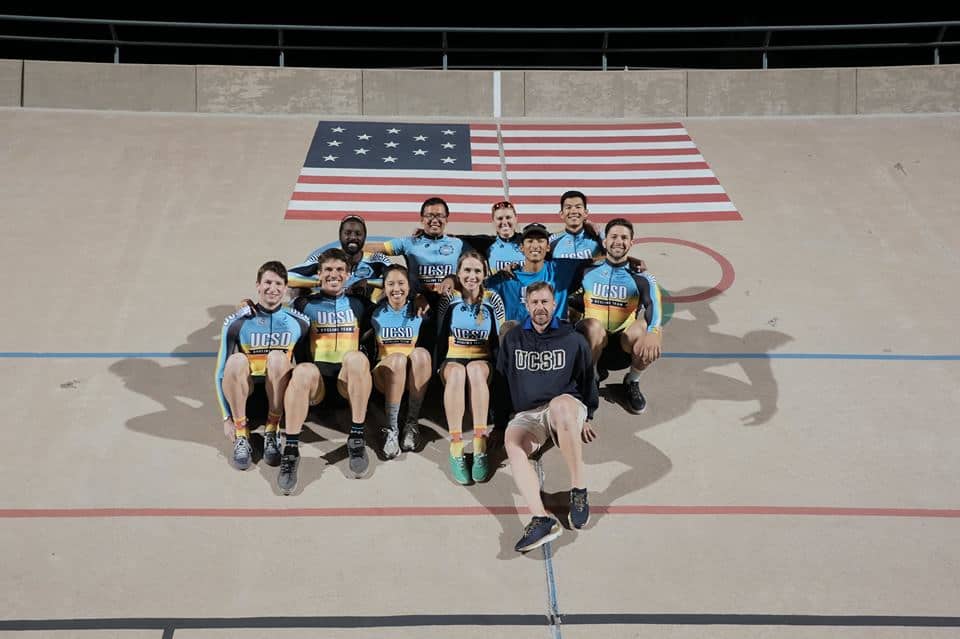 A happy (and exhausted) team 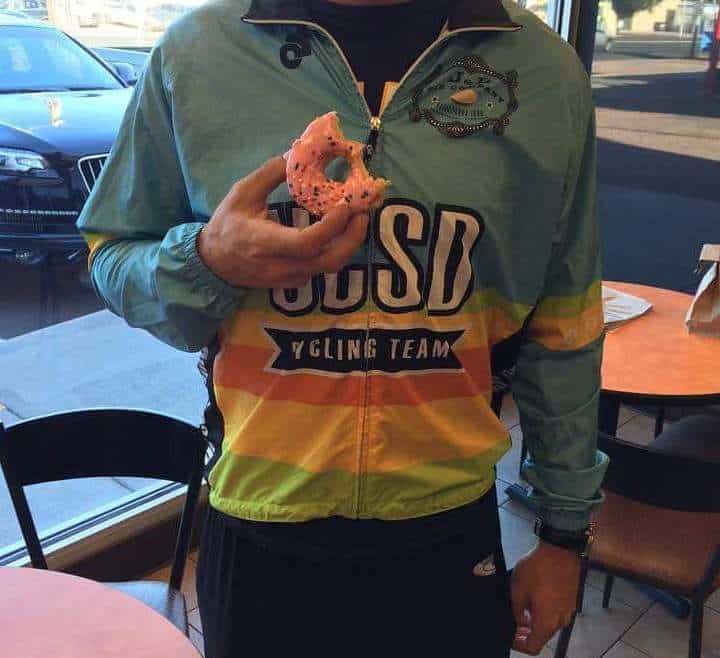