Last weekend UCSD competed in its first collegiate mountain bike race, in Santa Cruz California. Having traditionally focused on road and track racing, we’ve been trying to get a mountain bike team at UCSD started for a couple years. It’s tricky because most other schools in our conference that compete in mountain bike are in northern California, so any race we compete in involves a 6+ hour drive. But we finally found a weekend that worked for us, rented a giant pickup truck, and made our way up to Santa Cruz for the weekend. The race was the conference championships hosted by UC Santa Cruz, consisting of four races: short track cross-country, super downhill, cross country, and downhill.

Short track cross country was the first race Saturday morning. As their first-ever mountain bike race, Holly, Dana and Kat competed in the Women’s B race. Short track cross-country is the criterium of mountain bike racing: 25 minutes on a 1-mile loop consisting of a climb up a fire road and a somewhat technical single-track descent. After a poor starting position due to an incorrectly advertised start time, Kat and Dana made up a lot of ground on the initial climb. At the first sign of technical feature, however, Kat lost control of her bike and did a face plant into the ground. After recovering, Kat and Dana rode the rest of the race together, placing 4th and 5th respectively. Holly finished 10th, and everyone was happy to have completed their first mountain bike race. 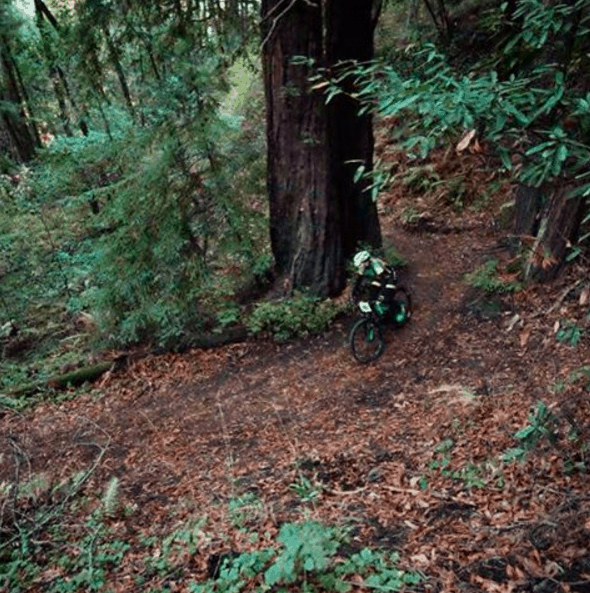 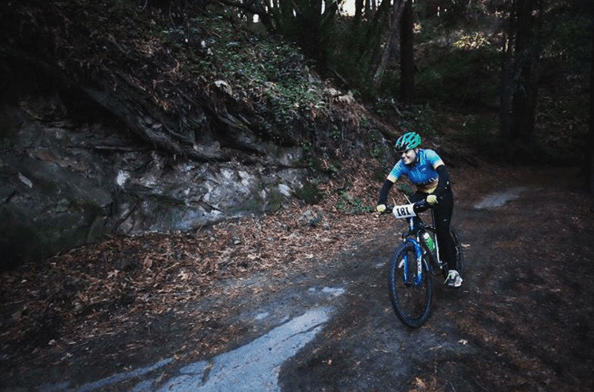 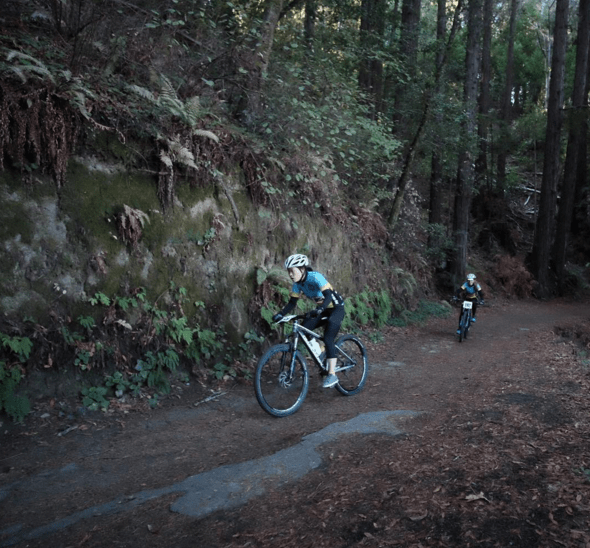 In the afternoon was the super downhill race: a 1.2 mile downhill course, slightly less fast and steep than a pure downhill. Riders are spaced by a minute and are scored by time. Eric and Zack competed in the super downhill, also as their first-ever mountain bike race. After a few practice runs of the course, they took off on the real deal. The course featured one intimidating feature: a 3-foot rock-drop near the top of the course. Apparently the drop was intimidating enough that in the lead-up to it, Eric’s wheel found a root and he went down. He got up and finished the rest of the course flawlessly, however, including the rock drop. Zack and Eric placed 7th and 10th respectively in the mens C category. 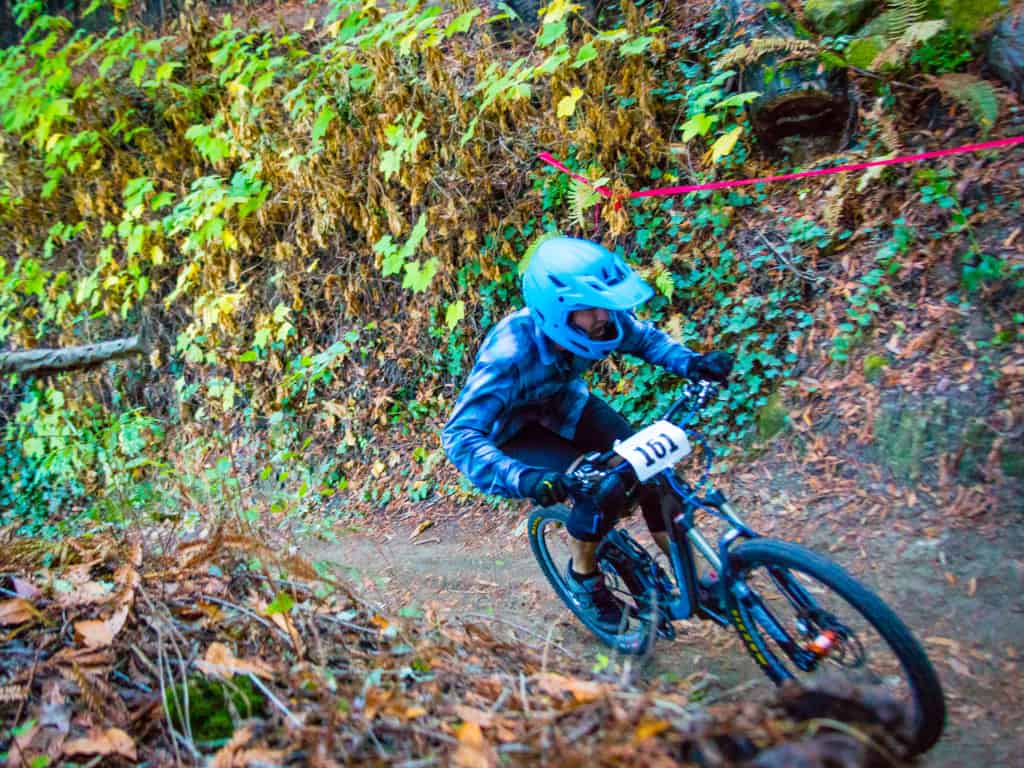 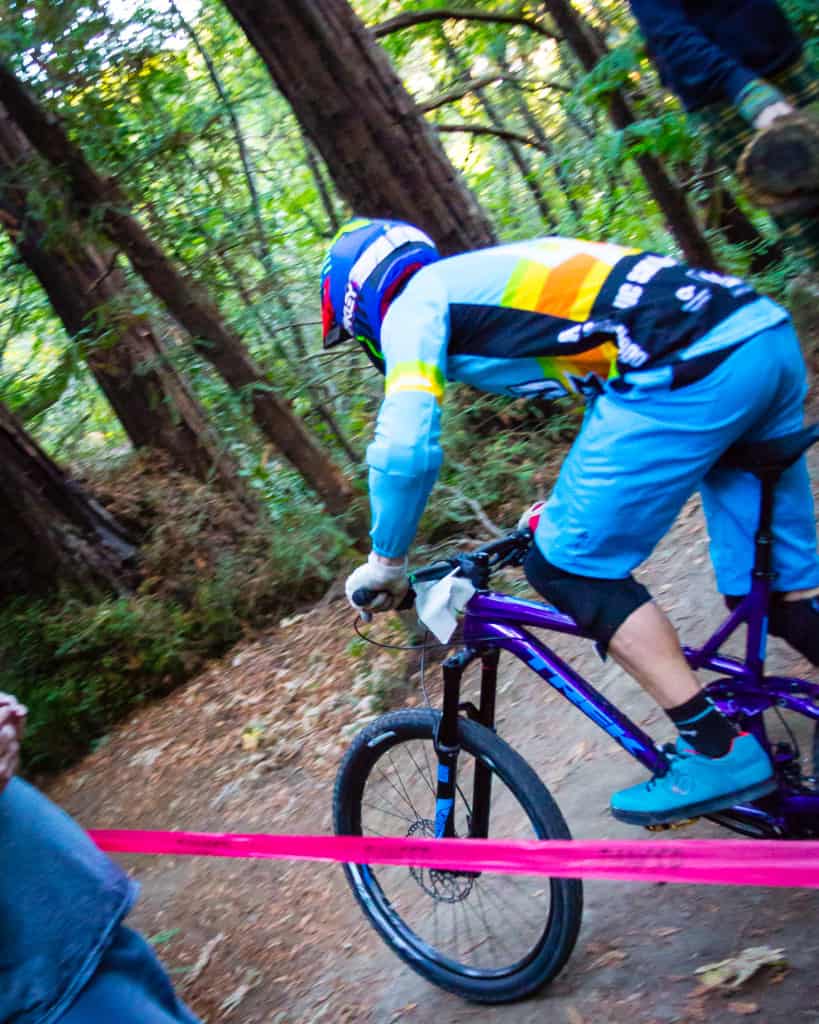 The crew woke up Sunday morning to steady rain. Mountain biking on wet trails is not only more dangerous for the rider, but can cause a lot of damage to the trails. The race directors announced that the races were delayed 2 hours due to the rain, after which they would re-evaluate whether the race would be held. Thinking ahead to our 8 hour drive home to San Diego, we decided not to wait around. The forecast showed rain continuing into the afternoon, and we thought it was unlikely the race would go on. (Unfortunately, we wrong—the rain cleared up for a while and they did end up holding the race). That meant that Daniel, who was planning on only competing in the cross-country race, didn’t get a chance to race that weekend. Luckily he got some riding in on Saturday with his friends from home to make up for it.

Overall, it was a great weekend in beautiful Santa Cruz. Many thanks to the UCSC students who hosted the team in their apartment for the weekend. We’ll be back next season with more experience ready to race! 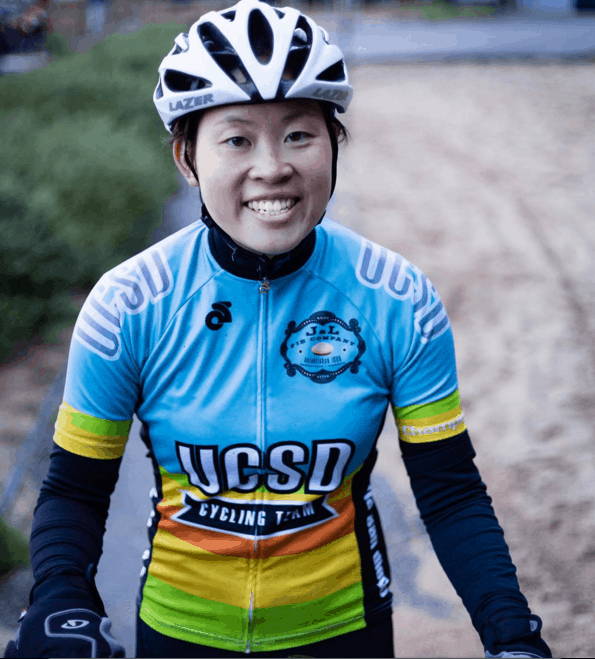