Racing in Arizona was awesome. This trip to Tucson was my first chance to race with the UCSD team and it was an amazing experience. The weekend started out with the long drive to Tucson with us (Matt, Alex, Matea and myself) arriving late the night before the first Crit.
When we got to the course the next morning, it was freezing and still dark. Being my first race, I didn’t really know how to prepare and looking back, I wish I had warmed up a good half hour more before starting. There were four of us racing in the Men’s Collegiate C category and none of us knew what to expect. To be honest, I was nervous, but ended up doing better than I had expected. I had a rough time clipping in, and took a few turns wider than I should’ve and got pulled with 4 laps to go as a result. In the end, even though I got pulled, it was a good experience and I learned a lot.
My second race that day was the Open Category 4/5. It was the largest field of the day, and the start was even more hectic than my previous race. It was much faster than the first race and there were several instances where I almost crashed due to my inexperience as well as the size of the field. I ended up getting pulled with 15 minutes left in the race, after having to unclip to avoid a crash, but even with that, it was a great experience and I learned a lot that I hope to use in our next race.
The following day was the 40 Mile road race. Again, it was our first time racing together and I personally didn’t know what to expect. We were racing with the Men’s 35+ Category 4/5, along with the Men’s Collegiate C in a very large field. I ended up getting separated from the main group at the end of the first lap, and had to chase for the last lap. Ended up finishing 15th in the field, so I was happy with that, but look forward to improving in the next race.
All in all, it was a great weekend with the team, and I was excited to get the experience that I did, meet people from different teams, and learn a lot about cycling!
– William Wright

As the motor pace pulls away from the front of the peloton and waives us through I am unsure of what to expect of the next 40 miles of racing. Almost immediately, someone goes off the front of the group, reminding me that this is in fact a race. Not only that, but it is my first race. The early jumper is quickly caught back up by the peloton, after all the first six miles of the race are a blistering descent that averages around 47 mph. While it is fun bombing down a hill for six miles it isn’t very productive towards keeping warm and when we make the right turn at the bottom of the descent I am cold. The pack is still together and we go into the rollers. I quickly warm back up as the riders pulling at the front set a pretty high pace up the rollers. On the flats people are talking to each other, murmuring about their race plans whilst dodging the chunks of rock in the bike lane. Then we turned right onto the climbing portion of the first lap and all hell breaks loose. Right away there is an attack by some UofA riders off of the front. I assume that since it is early on in the race they won’t be able to stay out in front. I soon realize that I am sorely mistaken, and that this climb was much different than I had anticipated. It was a very pitchy climb and some people could not handle the pace that was set up some of the steeper parts and were quickly dropped off of the peloton. At the top of the climb I found myself in a group with about 7 riders from different teams as the rest of the peloton had been left behind us. We quickly decided that in order to catch up to the breakaway we would need to work together. As we crossed the finish line and initiated our second and final lap, we also initiated a rotating pace line that kept the speed on the downhill section very high. We did manage to get the break away in sight again, but on the climb things changed up. Some of the riders in my group were energy zapped from their efforts in the pace line and didn’t have any watts left to help pull up the climb and into the headwind. I decided that I had enough energy to do a little extra work for the group, as they had been helpful to me and allowed me to work in with them even though I wasn’t on their team. At the top of the climb I hung on to some wheels until the final three turns and even though I didn’t manage to catch the breakaway I did manage to edge out a rider from a different category in the uphill sprint and snagged 6th place. Not too bad for my first road race.
– Matt Clemens 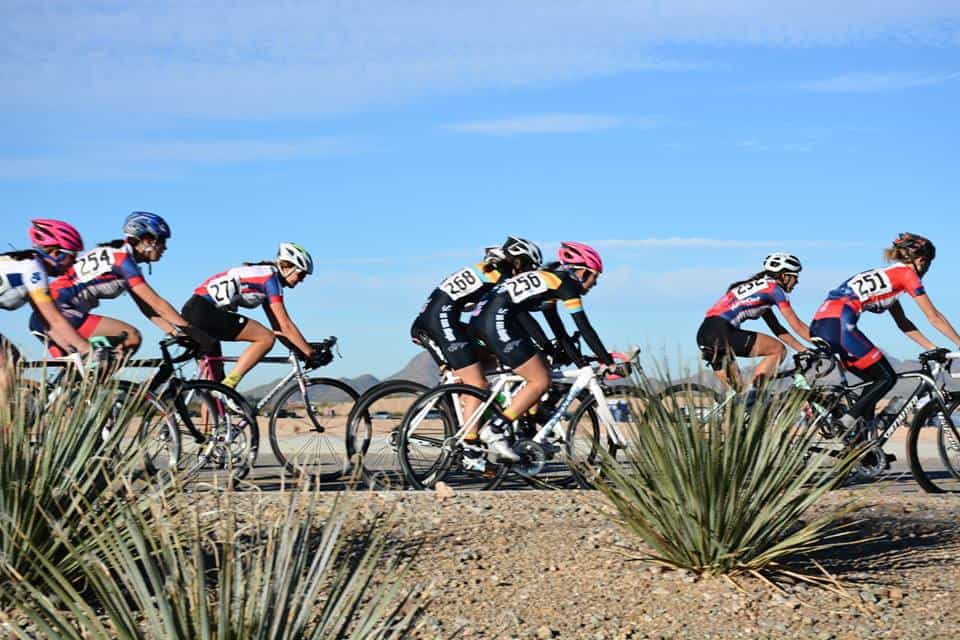 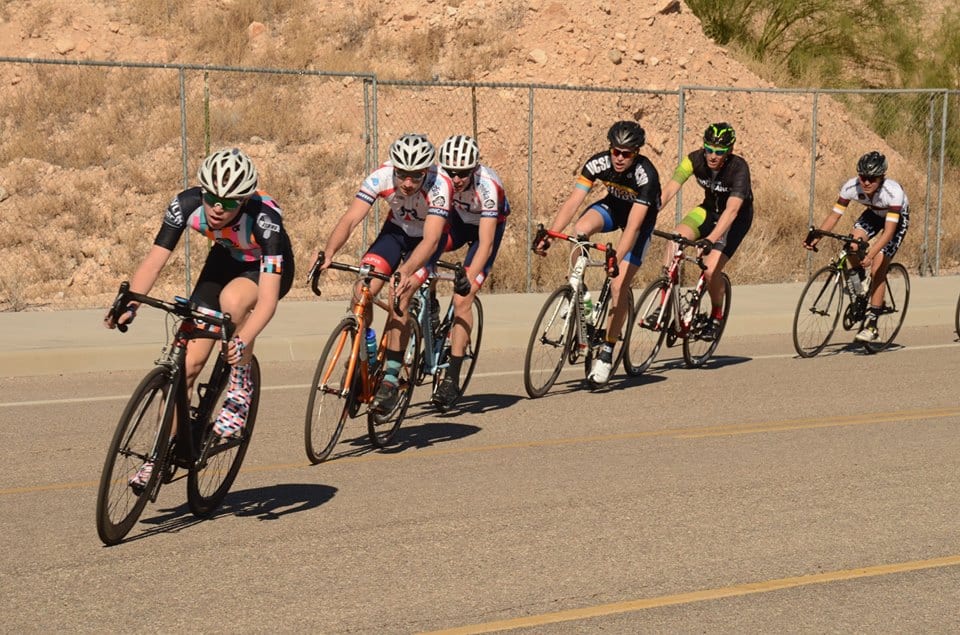 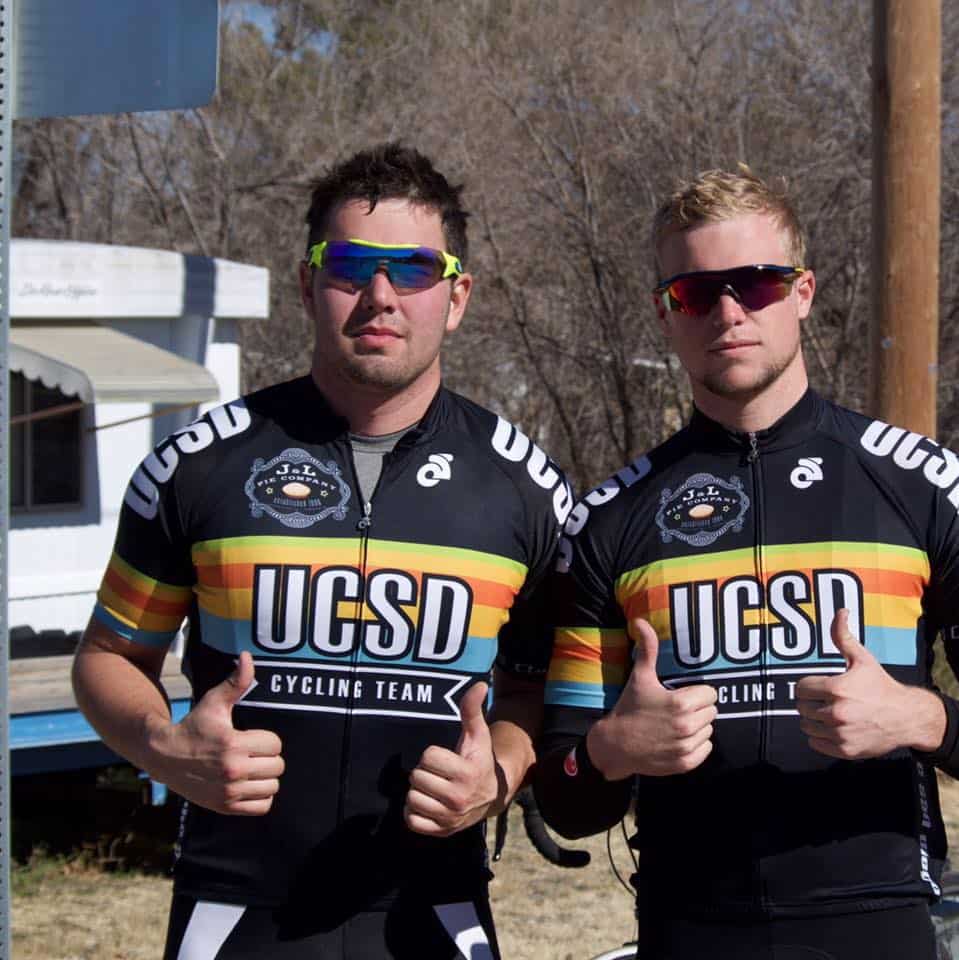 Thanks to the Damion Alexander Team for photos.