After a long 8 hour drive arriving at Santa Cruz at 2AM and a sleepless night, Rachel volunteered to drive me to the road race early at 6AM. With the help of a friendly local officer, we made it to the register a little later than scheduled. It was just my second race, and I was poorly prepared, thinking that I just needed a couple laps around the parking lot to warm up. The front of group launched off into the starting climb, while the middle and back of the group either struggled to keep up or clip in. I made a novice decision, thinking that I would be okay to start in the back of a large group. The men D’s group was stretched out 300 meters from the start, which quickly became bigger as we entered the descent a couple minutes later. Being caught in the back, I played catch-up for the first half of the race. After a couple of laps I finally caught up with the front of the D’s, but the C’s rolled up behind us, so I thought I would just sit up and wait for them to pass. I soon realized the D’s had gone with the C’s pace and I was alone. I continued to ride at my own pace, passing a couple of suffering riders, and made it to the finish.

It was only an hour drive down from our host housing, and we arrived a good hour and half early. The races were delayed because there was a big crash in the men B’s and some poor soul had to get wheeled out by an ambulance. After getting a decent warm up and making sure I remember to start at the front of the group, I thought I was ready for the race. I was wrong. I could not clip in for the first two corners and I was quickly at the back of the group again. With two laps in, two riders in front of me touched wheels; one went under the other and dragged him down. I slammed my brakes but still front flipped over my bars. There was a blazing red hot crackling pain in my left shin and I thought I had broken it, but all I saw was some skin missing. I quickly fixed my chain and got back into the race. With a couple more laps to go, I heard a horrid tires screeching and carbon banging sound on a corner. I was on the inside of that corner when the second crash took out the entire group on the outside of me. I thought, “thank goodness I was on the inside.” Then there was a faint sound of a bell, but I didn’t realize it was the last lap until everyone started to ramp up the speed. I swung out to the outside on the last corner and went for the sprint on the straightaway finish, and got 3rd. Everyone got podium and we got in-n-out after the race, it was a great race weekend. 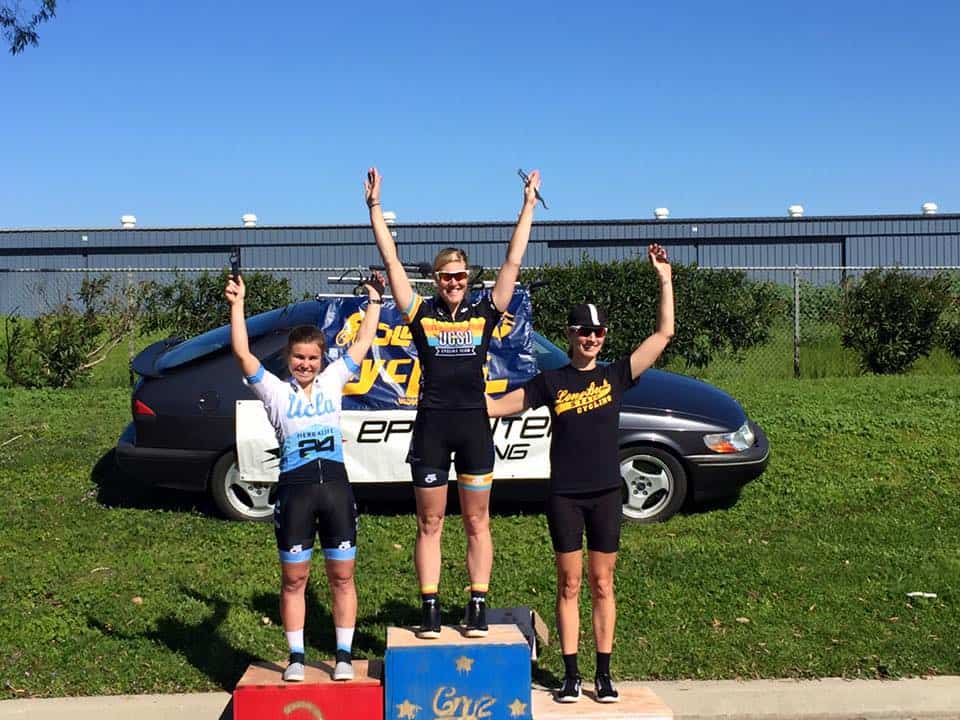 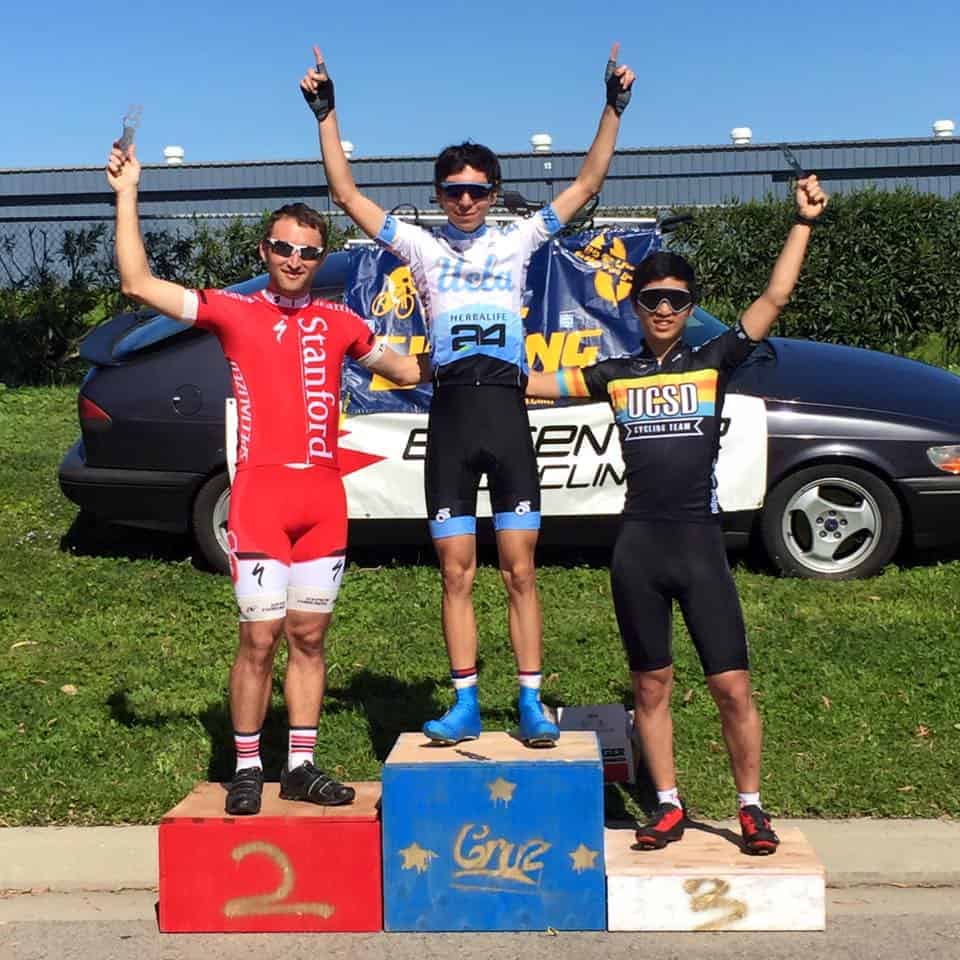